Please enter your log in details to view PDF results of your test. Results are only available for 30 days after notification.

Please enter your case number and email, and we'll send the password to you.

DNA tests for couples using surrogacy can be used in under a few didferent circumstances.

When a parent's is an American citizen and their egg or sperm has been used, then the child born through surrogacy will also be able to claim American citizenship. When applying for CRBA (Consular Birth of Report Abroad) and the child's passport, a DNA test may be requested to prove that a genetic relationship exists between the parent(s) transmitting American citizenship to the child. Genegle's experience with couples undergoing surrogacy can help your process go smoothly and quickly.

Even if the US government does not request a DNA test, it may still be useful to undergo one to protect yourself. There have been many cases around the world where a simple mistake in the lab can have major consequences. In some cases, laboratories have mixed up the sperm and inseminated the surrogate mother with sperm that was not taken from the chosen donor or intended father. In other cases, the wrong embryos might have been implanted â€“ embryos which were designated to another couple. A DNA test with Genegle can remove any doubt of a mix up. Contact us today for more information.

In addition to AABB accredited Immigration and Citizenship DNA tetsing, Genegle also provides a host of other DNA and genetic tests. Please contact us to learn more.

The DNA test results will either include or exclude a given person from being biologically related to another person. In paternity testing, the tested putative father is father is excluded as being the biological father when he shares an insufficient number of genetic markers with the child; in this case the probability of paternity reads 0% in your result. When alleged father and child share a sufficient number of genetic markers, he is â€œincludedâ€ as the biological father; the probability of paternity in this case reads 99.99%.

The Combined Paternity Index (CPI) is a scientific algorithm used for DNA comparisons. When a given personâ€™s DNA undergoes analysis, the scientists examine what are referred to as the genetic Loci or very specific locations on their genetic makeup. These loci help accurately confirm or exclude the genetic relationship between the people tested. Genegle analyses 18 genetic loci in order to run a complete and scientifically valid DNA test which adheres to international testing standards. The actual CPI of a test subject is the coincidence, or similarity level, of one personâ€™s 18 genetic markers in comparison with another. It is done by multiplying all paternity indexes that are derived for every one of the 18 genetic loci we test. Using these values we can proceed to calculate the probability of paternity. This figure expresses how many times more likely the alleged biological father is the real father of the child when compared with an untested male in his same ethnic group. In this way DNA tests can positively determine genetic relationships to a startling accuracy of 99.99999% when testing for paternity.

During the DNA analysis, the loci required will be extracted, amplified and examined using a process of analysis known as PCR or polymerase chain reaction. This biochemical technology in molecular biology enables us to work with very small DNA samples and provide highly accurate results.

On the actual DNA test report sent to our clients, there will be two columns. On the left hand portion of the report will be the actual loci tested â€“ all 20 of them. For each Loci identified, there are two numbers presented. For example, if the childâ€™s numbers for a particular locus are 12 and 18, the number 12 size loci will be inherited from one side (maternal or paternal) and the other number 18 from the other (paternal or maternal). Genegle will be able to determine which locus was inherited from which parent by comparing the profiles of two or more people. Thus, if the alleged father has numbers 18 and 2 for the same locus, we can conclude that the child inherited the number 18 locus from the father and the 2 from the mother. 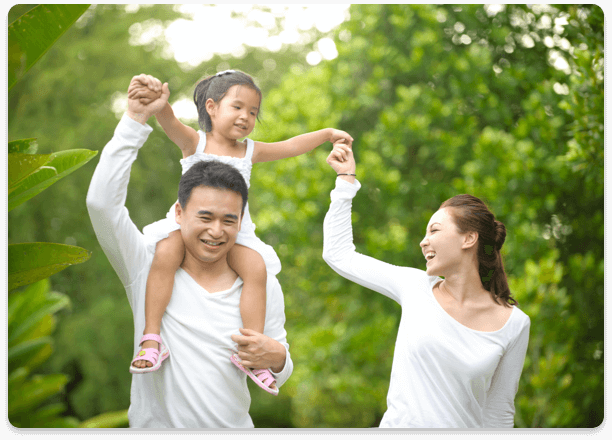 Since 2006, Genegle has tested more than one million DNA samples. We are Chinaâ€™s first AABB (American Association of Blood Banks) accredited relationship testing laboratory. Our results are recognized by the United States and Chinese governments for legal purposes.

For many years, Genegle has utilized its capabilities to assist family reunifications in China, providing free DNA testing to more than 1,000 individuals and acting as an essential link in hundreds of successful reunifications.

Now weâ€™re bringing a database of thousands of profiles from every province in China, an extensive volunteer network, and the best matching technology to help the more than 100,000 Chinese adoptees in the US find their birth parents.